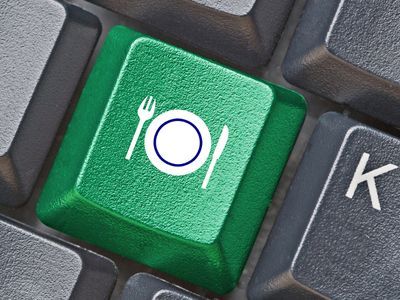 Ten nuggets of knowledge to take away for the weekend, including: teen bursts bubble on social media, the BT Young Scientist & Technology Exhibition, and say hello Generation Video.

1. A teen’s take on social networking: ‘Facebook is dead to us’

A 19-year-old student has just burst the social media bubble. He reveals as far as teens are concerned, Facebook is like a family dinner party they can’t leave, they don’t understand the point of Twitter, but Instagram gets it.

The post on Medium by the male student attending the University of Texas in Austin could make uncomfortable reading for social media ninjas, hipster marketing gurus and of course a number of social media organisations.

The teen acknowledges he is part of a demographic coveted by marketers but social media as many understand it, just isn’t where it’s at from where he and his age group stands.

Diagnosing brain tumours, charting the rise of Ebola and mining seaweed for antimicrobial compounds: a new generation of female scientists is tackling health issues at the BT Young Scientist & Technology Exhibition in Dublin.

3. AIB confirms it has tightened up Wi-Fi security in branches

A Wi-Fi security flaw has been fixed in AIB branches, where a pilot exercise involving tablet computers was being rolled out, the bank confirmed.

The decision by a Chinese consumer electronics giant to recreate Palm has been cautiously welcomed by an Irishman who was an executive vice-president at Palm and who is now a Silicon Valley venture capitalist.

5. NSA official feels access to more data is the way to go

Following the Sony Pictures hack, the US National Security Agency (NSA) has called for greater access to companies’ information to stop future cyberattacks.

6. Dublin start-up aims to remove your embarrassing posts and pictures from the web

A barrister in Dublin is the driving force behind a new start-up that is one of the first businesses of its kind in the world to provide a service that specialises in helping individuals remove embarrassing or damaging material from the web.

In just one year, the number of video posts per person has increased by 75pc worldwide and 94pc in the US, Facebook has reported. The social network now rivals video-sharing site YouTube as the go-to place to discover video.

For the next four months, math-crazy students from across Ireland will compete in the MATHletes Challenge 2015 with their peers to see who makes the All-Ireland MATHletes Championship.

University College Dublin and the NDRC have established FutureHealth, a new early stage start-up programme in Dublin focused on the digital-health sector, and are calling on clinicians, researchers and technologists to come on board.

Popular demand has fuelled the return of Tech Town to Career Zoo in Dublin next month, this time bringing with it new additions that include a coders’ hack space and an interactive installation.