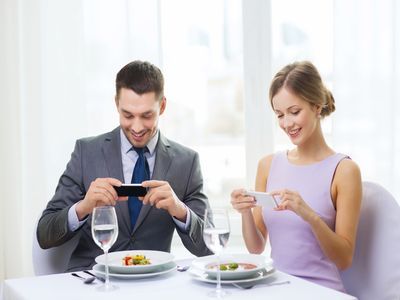 Ten nuggets of knowledge to take away for the weekend, including Irish women among the most inspiring in Europe’s tech community, how photos on Facebook nearly disappeared, and HTC One M9 specs leaked.

1. Irish businesswomen named among 50 most inspiring in Europe’s tech community

Two Irish women are among those honoured in the Inspiring Fifty list of the Most Inspiring Women in European Tech, which pays recognition to a mix of entrepreneurs, business leaders, academics and policy-makers.

Among these influencers, leaders and role models are Elaine Coughlan and Louise O’Sullivan.

As co-founder and general partner at Atlantic Bridge Capital, Coughlan has supported technology businesses in Ireland, Europe and the US and serves as a non-executive director on the board of a number of Irish software companies.

O’Sullivan is CEO of Anam, a company that provides software for mobile network operators. Outside of her career in telecoms, she has also been a restaurateur and set up businesses in music and the media.

What do you get when you mix relationships, Valentine’s Day and social media? Facebook fails, of course. Here are 14 of the funniest, most cringe worthy and most ridiculous posts pertaining to 14 February.

3. Hacker rewarded for very nearly deleting every photo on Facebook

Facebook has awarded US$12,500 to a researcher who discovered a vulnerability that would have given him the power to delete every single image every uploaded to the social network.

What people want to know about privacy and surveillance is that their data is not being misused, says former White House deputy CTO for internet policy Dan Weitzner who helped draft Obama’s Privacy Bill.

Deeping division between the White House and Silicon Valley over privacy issues may have led to the top execs at Facebook, Microsoft, Yahoo! and Google giving US President Barack Obama’s cybersecurity summit a miss.

A preview of software giant Microsoft’s Windows 10 for phones has been made available on a number of Lumia devices.

8. NASA wants to send a submarine to Saturn’s Titan moon

Titan – one of Saturn’s moons – is unique in that it’s the only known body other than Earth that has liquid lakes and seas on the surface, and US space agency NASA wants to send a sub to investigate.

9. Pinterest working with Stripe to introduce a ‘Buy’ button – report

Pinterest is to add a ‘Buy’ button to its site via a deal with e-payments company Stripe that will allow users to purchase products they discover on the online scrapbook.

10. Apple extends its two-step authentication protocols to iMessage and FaceTime

Following its move to add layers of security to iTunes and iCloud two years ago, consumer tech giant Apple has now extended two-step authentication to iMessage and FaceTime.