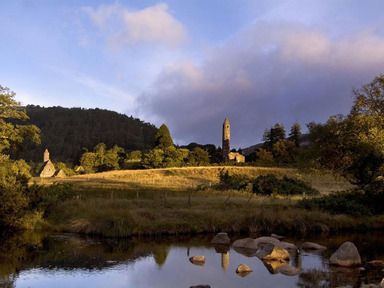 Tourist numbers up 11.8pc in May to July period

Tourism numbers for the seven-month period from January to July 2015, meanwhile, were up by 12pc.

“Today’s figures indicate that this was the best ever January to July period for overseas visitors to Ireland, with more than 4.8 million arrivals recorded, representing an increase of 12pc – an additional 522,200 overseas visitors – when compared with January to July 2014,” said Tourism Ireland CEO, Niall Gibbons. “Our aim is to ensure that 2015 is the best year ever for Irish tourism and this is good news indeed, with the increase in visitor numbers from overseas helping to boost economic recovery around the country.

“I am delighted to see that growth has been recorded from all of our markets around the world, with record numbers arriving here from North America (up almost 15pc on the first seven months of 2014). Ireland now welcomes 10pc of all American visitors to Europe – particularly noteworthy given the intense competition from other destinations. Mainland Europe has also turned in another stellar performance (up almost 13pc), with important markets like Germany, Italy, Spain, France, the Nordic region and Benelux all recording really good growth. I also welcome the strong increase in British visitors (11pc), our largest market for overseas tourism, and from our long-haul markets like Australia, China and India (8.5pc).”

Gibbons said Tourism Ireland will shortly launch its autumn campaign, which is aimed at boosting late-season travel to Ireland from around the globe and keeping this momentum going. “The period September to December traditionally yields as much as 30pc of our annual overseas tourism business,” he said.