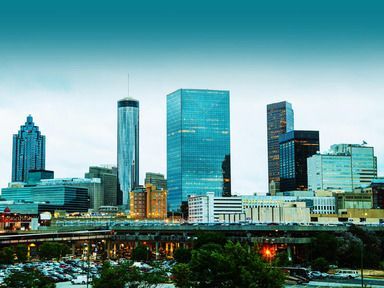 In the city, he will address senior business figures at the Irish Chamber of Commerce and at a roundtable event organised by IDA Ireland. He will meet senior leaders of companies based in Atlanta with major links to Ireland, including the CEOs of Coca-Cola and Oldcastle, a subsidiary of CRH, which is the largest Irish company in the US.

He will also meet with senior political figures including the Governor of Georgia, Nathan Deal, and the Mayor of Atlanta, Kasim Reed, and will be the grand marshal for the Atlanta St Patrick’s Day parade, which attracts 80,000 spectators.

On Sunday he will be in Austin, America’s fastest growing city, where he will officially open Ireland’s new consulate in Texas. He will be interviewed on stage at South by SouthWest Interactive, one of the world’s biggest technology events, about Ireland’s profile as a global tech hub. He will meet US investors and Irish start-ups and will address an Enterprise Ireland event to introduce Irish entrepreneurs to venture capital firms. He will also meet with the new Governor of Texas, Greg Abbott.

He will be in Washington on Monday and Tuesday for a programme that will include a meeting with President Obama and events hosted by Vice President Joe Biden and speaker John Boehner. He will also meet with a number of other senior political figures. According to his Department, the Taoiseach will use each of these opportunities to celebrate the strength of Irish-US relations, to highlight Ireland’s ongoing economic recovery, and to continue to advocate for immigration reform to assist the many thousands of undocumented Irish in the US.

In Washington, he will also address the American Ireland Fund and will meet senior business contacts at the US Chamber of Commerce and at a business leaders’ lunch. He will celebrate Irish research excellence and industry-academic links at an event with Science Foundation Ireland. And he will launch the Proclaiming Ireland programme, to take place at the Kennedy Center in 2016, which will form the centrepiece of the 1916 commemorations in the US.

On Wednesday 18 March the Taoiseach will fly from Washington to Brussels for the European Council.