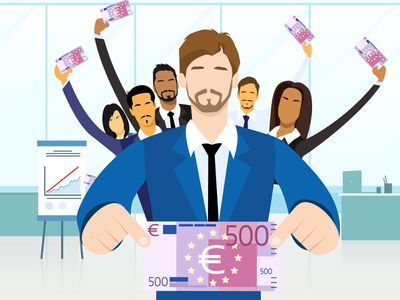 The Irish Government has created a new €10m fund to support start-ups in every county of the country. It will comprise a €5m Local Enterprise Office fund and a €5m Community Enterprise Initiative fund.

The move follows on the heels of yesterday’s SURE scheme that will reimburse company founders with 41pc of PAYE tax they paid over a six-year period to provide seed capital to kick-start their new businesses.

The Government predicts that 90,000 new jobs could be created by start-ups in Ireland in the next few years.

It is understood that two-thirds of new jobs created in Ireland are generated by start-ups within the first five years of their existence.

The €5m LEO fund, covering the period 2015-2017, is open to groups of Local Enterprise Offices that come together to bid for funding for projects to support job-creation initiatives in their areas. The funding will be awarded on a competitive basis to the projects with the greatest capacity to create jobs.

The €5m Community Enterprise Initiatives fund is open to groups and organisations in every county of the country that come together with ideas for projects to create jobs. The fund will be awarded on a competitive basis to the projects with the greatest capacity to create jobs.

The €10m funds come out of the Irish Government’s €250m Regional Action Plan for Jobs, which covers eight regions of the country.

“Every region of the country is growing employment, but some regions are growing faster than others, and at the heart of our plan is accelerating that jobs growth in every part of the country,” said Jobs Minister Richard Bruton TD.

“That is why we are putting in place eight regional jobs plans, backed by €250m in new funding, to build on the strengths of each region and create more jobs. Today we are announcing that the first €10m of that funding is now open, and I encourage people in every town and village of the country to consider whether they can work with other groups in their area to develop projects that could be funded through these schemes, to help create the jobs that their areas badly need.”