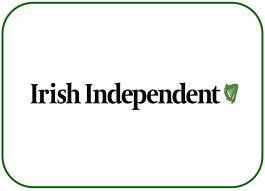 Pfizer, Allergan in merger talks that could give former access to low Irish corporation tax rate

IRELAND-based botox maker Allergan and Pfizer confirmed they were in preliminary, friendly talks on a potential merger, a deal that would create the world’s largest drugmaker.

Both Pfizer and Ireland-based Allergan said no agreement has been reached and declined to discuss any terms that might lead to such a tie-up.

Pfizer Chief Executive Officer Ian Read earlier Thursday said he was open to any moves that produce the best long-term value for the company.

Speaking at a Wall Street Journal event, Read said he was looking at various growth strategies, including a deal, “if that would add value to shareholders.”

Pfizer is expected to decide by late next year whether to sell or spin off its older off-patent products unit to pare the business down and focus on innovative, patent-protected medicines.

Allergan, the product of a recent merger with generic drugmaker Actavis, is itself in the process of selling a large portfolio of generic medicines to Teva Pharmaceutical Industries Ltd for $40.5 billion. A deal is expected to close in the first quarter of 2016.

A purchase of Dublin-based Allergan, with a market value of more than $113 billion, would be the biggest in Pfizer’s long history of huge deals and restore it as the world’s largest drugmaker, worth about $330 billion.

A deal with Allergan could allow Pfizer to take advantage of the far lower 12.5pc corporate tax rate in Ireland, a strategy it pursued with a failed bid for British rival AstraZeneca last year.

“Our tax rate highly disadvantages American multinational high-tech businesses,” Read said. “I am fighting with one hand tied behind my back.”

He said a tax inversion deal would boost Pfizer’s ability to invest in research.

A tax inversion is being discussed, a person familiar with the matter told Reuters. The discussions so far have been led by the CEOs and senior executives, the source said.

In the last 15 years, Pfizer has acquired Warner-Lambert, Pharmacia and Wyeth, leading to many thousands of job cuts, typically referred to as cost-saving synergies.

Apart from tax considerations, the deal would give Pfizer access to Allergan’s dominance in the aesthetics field with Botox, and ophthalmology markets, which Morningstar analyst Michael Waterhouse described as “particularly attractive assets.”