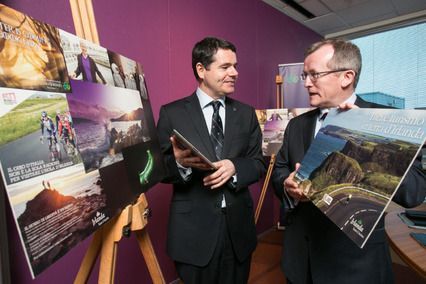 There was 8.8pc growth in overseas tourism to reach about 7.3 million visitors in 2014, which contributed more than €3.6bn in revenue to the economy, according to Tourism Ireland.

Growth has come from all market areas this year, with the US, Canada, Germany, France, Spain and Australia all turning in record performances.

“Throughout the year, Tourism Ireland undertook a packed programme of promotions, to bring Ireland to the attention of travellers everywhere,” said Niall Gibbons, CEO of Tourism Ireland.

“The major focus of our activity was the Wild Atlantic Way – which has been very well received in our markets around the world. Our other major themes have included Limerick City of Culture, the ‘Grande Partenza’ of the Giro d’Italia, Game of Thrones and the Croke Park Classic American football game.”

At the beginning of this month, Tourism Ireland launched its marketing plans to promote Ireland in 2015 and beyond, with ambitious targets to welcome a record 7.74 million visitors to Ireland next year.

In the longer-term, the aim is to welcome some 10 million visitors to Ireland in 2025, contributing €5bn to the economy and helping to sustain about 250,000 jobs.

“Next year, we will continue to place a major focus on promoting the Wild Atlantic Way, as well as on Dubline (the new Dublin Discovery Trail). We will also promote specific themes, including ID2015 and Yeats 2015.

“And we will highlight the British-Irish Visa Scheme in China and India, which will enable Chinese and Indian visitors to come to both Ireland and the UK, including Northern Ireland, on a single visa of either country,” Gibbons explained.

For more on this please click:http://www.businessandleadership.com/exporting/item/48812-overseas-tourism-up-8-8pc/