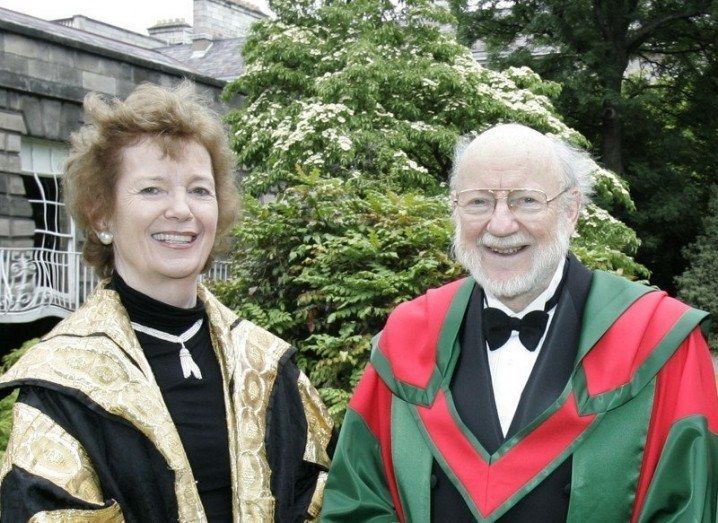 Irishman William Campbell has won the Nobel Prize for Medicine thanks to his role in discoveries concerning therapies to fight roundworm parasitic infections.

Campbell will share his prize with Satoshi Ōmura. The duo’s work was the development of a drug called Avermectin, which has seen the creation of derivatives that have “radically lowered the incidence of River Blindness and Lymphatic Filariasis”.

The discovery is ongoing, too, with Avermectin “showing efficacy against an expanding number of other parasitic diseases,” according to the Nobel Prize organisers.

Born in Ramelton in Ireland back in 1930, Campbell studied at Trinity College before moving to the US to earn a PhD from the University of Wisconsin in 1957.

From 1957-1990, he worked with the Merck Institute for Therapeutic Research, with his final years there as senior scientist and director for Assay Research and Development.

Professor Campbell is the third Trinity graduate to have been awarded a Nobel Prize,  joining physicist E.T.S. Walton  for splitting the atom, and Samuel Beckett for his contribution to literature.

“In 1987, he spearheaded the decision by Merck to distribute that cure free to millions of people in what became one of the first and foremost examples of a public/private partnership in international health. Annually, 25 million people are treated under this scheme, preventing new cases of river blindness.”

Ōmura was born five years after Campbell and, a Japanese citizen, he had received a PhD in pharmaceutical sciences, as well as one in chemistry by 1970.

In recent years, Campbell has become a Research Fellow Emeritus at Drew University in the US, with Ōmura a Professor Emeritus at Kitasato University.