Ireland’s borrowing costs have fallen to another new record as the European Central Bank began the first stage of its €1 trillion quantitative easing (QE) programme.

The ECB said it had started purchases under the QE programme, alongside national central banks. It has pledged to spend€60 billion a month buying mostly government bonds until September 2016 or until euro zone inflation is pushed back towards its target of just under 2 per cent.

Sources said the Central Bank here was   buying   as part of QE programme.

At the same time, the National Treasury Management Agency (NTMA) here announced that it will raise €1 billion on the markets on Thursday through an auction of its existing 30-year bond.

The Central Bank of Ireland – the Irish arm of the ECB – cannot buy bonds directly from national issuing agencies such as the NTMA.

However, the NTMA is undoubtedly seeking to taking advantage of the low-yield environment.

The ECB will publish a breakdown from next Monday of the overall amount spent and once a month give fuller details, breaking purchases down by country and giving the average maturities of the bonds purchased.

“It is clear they are in and buying,” said Lyn Graham-Taylor, a strategist at Rabobank. German 10-year yields – the bloc’s benchmark – fell 6 basis points to 0.34 per cent, while Dutch and French equivalents fell 7 bps to 0.38 per cent and 0.57 per cent respectively.

Belgian yields fell the most, down 8 bps at 0.56 per cent. Traders said they had sold bonds to the national central banks of each of those countries.

Yields on low-rated debt, expected to have the most potential to perform under QE, slightly lagged the rally seen in these top-rated bonds. Greece was the only country not to see borrowing costs fall, as euro zone officials played down reform plans submitted by Athens to its international creditors in a bid to secure urgently needed funds.

Should Brussels ultimately reject Greece’s proposals, the country could call a referendum or have early elections, its finance minister said on Sunday. Euro zone finance ministers are meeting on Monday in Brussels to discuss the pledged reforms, with Athens expected to run out of cash later this month. Three-year Greek yields rose over 1 percentage point to 15.5 per cent – the highest level seen in more than two weeks.

Analysts said the fears around Greek funding was one reason why other low-rated euro zone debt had slightly lagged the broader rally, while others said it was because their central banks did not appear to be active buyers in the market yet. Italian 10-year yields dipped 3 bps to 1.29 per cent , with Spain’s 2 bps lower at 1.22 per cent and Portugal’s down 1 bps at 1.76 per cent.

Due to its relatively small stock of marketable bonds, Portugal is expected to be one of the big winners under QE.

Italy and Spain are also expected to perform well relative to Germany because their higher yields will still attract investment. 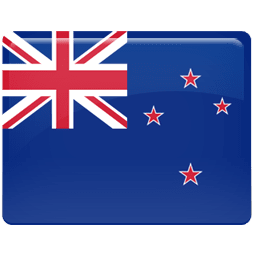 2 min
X
Made in IrelandBusiness NewsIrish food and drink exports increased by 4% to reach €10.5bn in 2014, writes Niamh Mac Sweeney, as she examines performance prospects for the year …