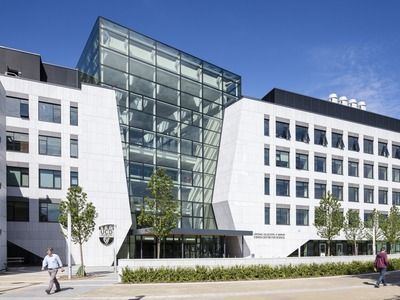 The results of two new global college ranking lists are in and it’s good news for Irish colleges. We have three STEM courses listed in the top 50 worldwide in their category, while Dublin City University (DCU) has rocketed up a new colleges list.

University College Dublin’s (UCD) veterinary sciences course ranks number 40 in comparison to rival courses around the globe, according to the QS World University Rankings by Subject report. This was the highest position of all Irish colleges, across all disciplines and, to be honest, it’s surprisingly low.

Anybody who has been (un)lucky enough to need the assistance of the UCD veterinary team will no doubt attest to a stunningly excellent service and top-of-the-bus facilities.

They’re the only three STEM subject areas that land in the top 50, however a whole swathe of others rank within the top 100.

In a separate ranking, the Times Higher Education 100 Under 50, an analysis of the world’s top 100 universities established since 1965, has placed DCU joint 75th with Australia’s LaTrobe University, up 17 spots on last year.

Phil Baty, editor of the rankings, said: “Although Ireland’s old guard are struggling to make their mark in the traditional World University Rankings, two of its young institutions have made this forward-looking list – encouraging news for the nation.

“While Dublin Institute of Technology has held steady, Dublin City University has leapt from joint 92nd to joint 75th. DCU’s dynamism and determination to make its mark globally is demonstrated by its decision to host Times Higher Education’s 2015 Young Universities Summit, which will put it at the heart of the debate about how new institutions can best compete with rivals that have had centuries to develop.”