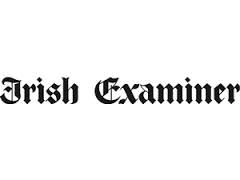 Ireland to be ‘top earner’ from quantitive easing

Ireland stands to benefit more than any other nation from the ECB’s €1.1 trillion policy of quantitative easing, with hundreds of millions of euro potentially flowing through the economy by next year as a result.

The country will be a “top earner” from the ECB plan to kickstart growth in the eurozone, according to MEP and former junior minister Brian Hayes.

The QE programme, which began amid much European fanfare last Monday, has already seen the euro fall to 12-year lows against the dollar (€1 = $1.05).

With Central Bank profits feeding the exchequer coffers, Mr Hayes said Ireland will reap greater rewards than our European partners as a result of the plan.

“The structure of the programme will benefit us more than most. The Central Bank of Ireland will be buying Irish government bonds and the Government will be paying interest on these bonds to the Central Bank,” he said.

“The State will benefit from this as most of the Central Bank’s profits are returned directly to the exchequer. This all means that come 2016 when the ECB’s QE programme is in full swing, the State could see hundreds of millions flowing into the economy.”

Ireland’s borrowing costs are also at record lows currently, as evidenced by the NTMA’s sale of a 30-year government bond last week.

The bond was sold at a yield of just 1.307% — a further reduction on last month when the NTMA raised €4bn on the same bond at just over 2%.

Mr Hayes said the fall reflected the early impact of QE, and the Government is rightly taking advantage.

Furthermore, the State is able to access 10-year funding at just 0.76% compared to the 14% charged at the height of the crisis.

Mr Hayes, a former junior finance minister, was elected to the European Parliament last May. He identified the coming months as a huge opportunity for Irish exporters to take advantage of the euro’s devaluation.

“Quantitative easing has pushed the euro to one-year lows against the dollar this week. Irish exporters are already taking full benefit from cheap euros. Many analysts have said that the euro may reach parity with the dollar sometime this year. 2015 could be the year for a massive push by Irish exporters to gain market share in two very important markets, the US and UK.”

Mr Hayes’s positivity is in stark contrast to those of Greek finance minister Yanis Varoufakis, who predicted that ECB president Mario Draghi’s €1.1 trillion stimulus plan would fail. He suggested an alternative stimulus plan involving the issuance of bonds linked to investment projects and financed by the European Investment Bank.

“QE could prove both unsustainable and incapable of boosting private credit growth and investment in productive activities,” Mr Varoufakis said.

“Imagine an alternative plan to QE where the EIB will take its marching orders to lead an investment-led recovery for Europe. I’d like to call that the Merkel plan.”

The ECB plan entails purchasing €60bn per month until September 2016, for a total of €1.1 trillion. ECB executive board member Benoit Coeure said on Thursday that national banks bought €9.8bn in the plan’s first three days.