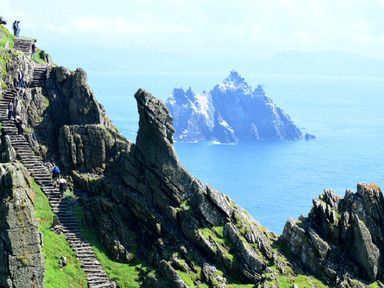 Overseas holidaymakers continue to rate Ireland as good value for money, according to a new Bord Failte survey.

The vast majority of respondents to the Visitor Attitudes Survey 2014, which was carried out by Millward Brown, said Ireland matched or exceeded their expectations. The survey was conducted with almost 1,500 overseas holidaymakers to Ireland during the 2014 season.

In terms of value for money, Ireland’s satisfaction levels continue to improve with 54pc of visitors saying they found good or very good value in Ireland – up from 51pc the year before. And, while last year just 6pc of visitors found value for money to be poor or very poor, in 2007 the equivalent figure was 41pc.

The report has been published ahead of Ireland’s largest tourism trade fair, Meitheal 2015, which begins in the RDS this Tuesday. Now in its 40th year, this year’s event will welcome 277 of the world’s top travel and tourism buyers – the highest number in many years – to engage directly with 500 Irish tourism businesses. Approximately 12,000 face to face pitching and business ‘speed-dates’ have been scheduled by Fáilte Ireland over the two days of the event to allow both international and Irish operators to agree business for the 2016 season.

Fáilte Ireland has also organised a number of fact-finding tours all around Ireland for overseas operators taking part in Meitheal this year, providing them with a direct experience of what an Irish holiday can offer their customers.