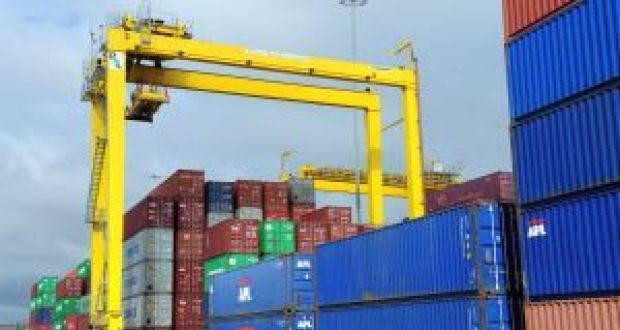 Industrial production up 38.5 per cent in year to October

Industrial production rose by 10 per cent in October, according to new figures from the Central Statistics Office.

On an annual basis, production increased by 38.5 per cent, the data show. This was the fourth month in succession that the annual increase was above 20 per cent.

In the first ten months of 2014, output was 21.1 per cent higher on average than the same period last year.

The seasonally adjusted volume of industrial production for manufacturing industries for the period from August to October was 3.8 per cent higher than in the previous three-months.

The seasonally adjusted industrial turnover index for manufacturing industries meanwhile rose by 8.9 per cent in October.

On an annual basis turnover increased by 34.6 per cent.

Alan McQuaid, an economist with Merrion said that despite the overall pick-up in output on the indigenous side in recent months, manufacturing growth will for the foreseeable future be primarily driven by industries under the “modern” or multinational umbrella. However, he added that based on the figures in the year-to-date the prospects were good.

“We expect the global economy to pick up speed in the coming year and demand for Irish goods in general should increase as a result, with currency developments, particularly in relation to the euro/dollar a huge plus,” he said.

“Ireland is better placed than most to take advantage of an upturn in the world economy. The industrial output figures are also now clearly fitting better with the Irish manufacturing PMI, which has been in expansionary territory for the eighteen months up to November, with the latest figure just shy of the 15-year high hit in August,” he added.

“While the data are volatile and could yet dip before year-end, the sector as a whole looks set to bounce back this year following a 3 per centdecline in 2013 and should contribute to further strong GDP growth in the second half of the year,” said Davy economistDavid McNamara.