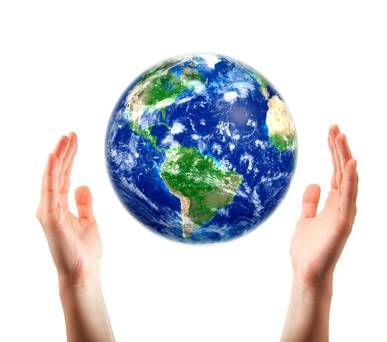 How central banks have lost control of the world

Faced with the twins threats of deflation and economic stagnation, monetary policymakers are reaching for their interest rate levers and digital money-printing tools in a bid to stave off recessions and debt deflationary dynamics.

In energy exporting nations such as Russia, the collapse in oil prices has led to a flight of capital forcing central banks into massive foreign exchange intervention and dramatic rate hikes to prop up the value of their currencies.

Loose monetary policy, coupled with the much anticipated tightening from the world’s largest economy later this year, is provoking fears that central banks are losing their grip on the global economy.

Here’s a breakdown of the consequences that could emerge from their actions.

“Competitive easing” among central banks has stoked fears of a return of international currency wars.

The announcement of unprecedented monetary stimulus from the ECB and the Bank of Japan has led to the respective weakening of their exchange rates and prompted dramatic responses from the smaller central bank players.

In Europe, the Swiss, Danish and Swedish authorities have all moved to impose punitive negative interest rates in a bid to prevent their currencies from rocketing in value. The Swiss kicked off this round of devaluation with a shock decision to abandon its de facto peg with the euro in January. The Riksbank has gone further and will begin its own round of bond-buying in response to the ECB’s moves.

Denmark meanwhile, has been forced to lower rates four times in three weeks and purchase €32bn in foreign exchange to prevent the krone from developing into a safe haven for investors.

This co-ordinated central bank action is reviving the “ghosts of the 1930s”, according to investment bank Morgan Stanley.

In the inter-war period, European economies that left the Gold Standard saw their new fiat currencies weaken, provoking a domino effect of devaluation across the Continent.

In the end, the moves had a stimulatory effect in Europe’s war-torn nations; but in the short-term they succeeded only in exporting deflation to neighbouring countries.

Looser monetary policy is not the order of the day everywhere in the world, and herein lies potential danger for the world economy.

The expectation of a normalisation of monetary policy by the Federal Reserve has resulted a sustained rally in the US dollar. Such strength in the world’s reserve currency has simultaneously applied pressure on economies pegged to the greenback.

Meanwhile rate hikes from the Fed – which are expected to begin later this year – will naturally leader to tighter monetary conditions in economies everywhere from Mexico to Hong Kong.

It is this divergence in the actions of the world’s major central banks which could lead to a new global liquidity crisis, according to the governor of the Bank of England.

These fears have also led to the likes of former US Treasury Secretary Larry Summers to warn the Fed to hold off rate rises until they can see “the whites of inflation’s eyes.”

Despite robust job creation and economic output in the domestic economy of the US, the trend towards lower global interest rates will probably slow the extent of the Fed’s rate hikes once it finally gets off zero, according to Kit Juckes at Société Générale.

“The best we can hope now is that the dollar’s advance is orderly and the impact on global capital flows is limited” said Mr Juckes.