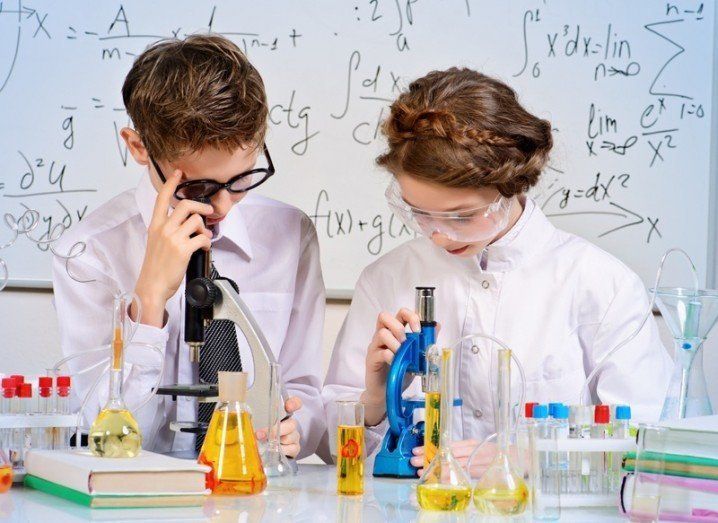 Three Irish teenagers have been selected among 90 regional finalists in the global Google Science Fair, it was announced last night.

Rose Anne O’Mahony, Claire Gregg and Louis Madden have been selected for consideration in the Fair for their innovative and complex projects, and will be considered in the 13-15 Category.

The Google Science Fair is a global online science and technology competition, open to individuals and teams from ages 13 to 18. It is held annually.

Finalists span the globe, hailing from the US, Canada, Europe, Asia and Africa.

Each of the 90 projects will go on to be assessed and judged, and whittled down to a final 20, to be announced on 4 August.

Notable non-Irish participants to keep an eye on include Anika Cheerla (13, Western US) who has theorised an automated diagnosis of Alzheimer’s, and Osama Elsayed (19), Lamis El-Sayed (19) and Mahmoud Habashy (18), all from Egypt, who have developed a photosynthetic bioreactor that produces oxygen and biofuel from carbon dioxide.

For winners, there is a host of awe-inspiring prizes. The Grand Prize is US$50,000 of scholarship funding, intended to further the recipient’s education. Lesser (though only marginally so) prizes include a National Geographic-sponsored, 10-day trip to the Galápagos Archipelago; a visit to the LEGO headquarters and LEGOLAND Denmark, with six-months’ access to a LEGO Education executive mentor, and numerous smaller scholarship funds.

O’Mahony, a student at Christ King Girls’ Secondary School in Cork city, has been working on her project for the last four years. It is an in-depth study of the root causes and effects of climate change, and what we can do to lessen those effects.

In Mathematical Modelling of Grass Growth Trends, Climate Change Patterns and the Need for CO2 Stability, O’Mahony investigates the negative effects of a 2°C temperature rise on grass-growth patterns and posits that that rise will be expected to reach its zenith between 2062 and 2077.

She draws correlations between CO2e (carbon dioxide equivalent, the total climate change impact of all greenhouse gases caused by a behaviour or product) emission levels and that rise in temperature, and suggests that there is little we can do to reduce the impact: “Even the possibility of another solar minimum or little ice age would not stop the rising temperature, only slow the effect temporarily.”

O’Mahony cites a lack of global governmental consensus as a contributing factor in the increase in yearly CO2e levels. “There seems to be no worldwide agreement on how to go forward, yet, unless everyone cooperates, everyone will lose,” she says.

She intends to go on to investigate the development of a CO2-free society.

Gregg, of Loreto College St Stephen’s Green, developed An Analysis of Ebola Outbreaks Using Agent-Based Modelling, which uses NetLogo software to create a predictive, agent-based model (where each ‘agent’ is treated as an individual, with distinct behaviours) that assesses the transmission and spread of the Ebola virus.

The model is then used to explore whether changes in behaviour could lower disease transmission rates.

Gregg’s model centres on a village of 100 people, each of whom behaves differently depending on age, gender and occupation. It starts with one infected agent and ends with zero, however that is achieved.

Different scenarios are run to determine what minimises the spread of the virus and produces the lowest casualty rates.

Gregg believes that her model could feasibly be used to select best-case-scenario strategies for dealing with outbreaks of viruses and other diseases.

For Bringing Genetics to the Masses: the Next Step in Genetic Research, Madden hypothesises that genetic testing and DNA research – which he says have numerous essential applications that are being neglected due to prohibitive costs – can be carried out simply, efficiently and cheaply.

Using cheap and recycled materials, Madden built a vortex, a spectrophotometer, a centrifuge, a PCR (polymerase chain reaction technology), a transilluminator, a gel box with power supply, and a gel camera. Total cost? Less than US$200.

He went on to use that equipment to extract and sequence DNA, comparing results against existing samples to compare efficacy.

Madden sees this development having a number of applications, from detecting and preventing disease, to providing genetic research resources to schools (thereby leading to a greater understanding and knowledge of organisms), to using genetic engineering to increase crop growth and yield, and address the developing world’s food deficit.