Draghi said there was now no sign of economic improvement in the months ahead.

He added that the ECB would expand and step up its programme to pump more money into the currency bloc if its current measures fell short of lifting inflation.

“We will continue to meet our responsibility – we will do what we must to raise inflation and inflation expectations as fast as possible, as our price stability mandate requires of us,” Draghi said in a speech at an annual banking congress.

“If on its current trajectory our policy is not effective enough to achieve this, or further risks to the inflation outlook materialise, we would step up the pressure and broaden even more the channels through which we intervene, by altering accordingly the size, pace and composition of our purchases,” the ECB chief said.

Draghi had said on Monday that further measures could involve large-scale purchases of government bonds, also known as quantitative easing.

This move is particularly opposed in the bloc’s largest economy, Germany, for fear of mutualising risks.

The head of Germany’s powerful Bundesbank, Jens Weidmann, in his speech at the same event, avoided the subject of monetary policy and instead spoke about banking regulation. “We can’t be constantly commenting on one another,” Weidmann said. 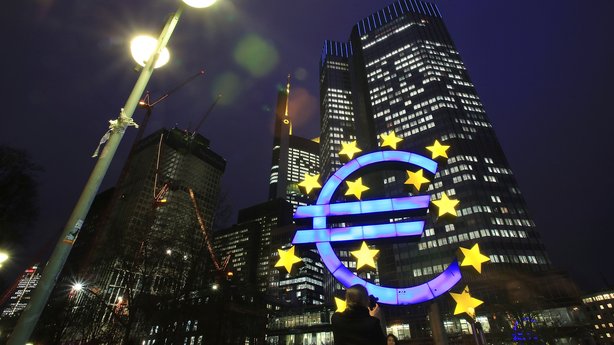 Draghi’s remarks were almost as dramatic as his “whatever it takes” speech in the summer of 2012 with which he pulled the euro zone back from the brink.

Having earlier in the week pointed to early signs of improvements, Draghi today said the economic situation remained difficult and the latest business survey suggested a stronger recovery was unlikely in the coming months.

“Over shorter horizons, however, indicators have been declining to levels that I would deem excessively low,” he said.

The euro zone economy has been mired in low growth and weak inflation for months.

The ECB is trying to unblock lending to households and companies by flooding the market with billion of euros through purchases of securitised private debt.

But should these not be enough to bring inflation – now at 0.4% – back to its medium-term target of just below 2%, Draghi said the ECB would recalibrate the size, pace and composition of our purchases as necessary.

“This is why the Governing Council has tasked ECB staff and the relevant Eurosystem committees with ensuring the timely preparation of further measures to be implemented, if needed,” he stated.

This could include the purchasing of sovereign bonds.

The ECB would be the last of the world’s major central banks to deploy QE, though several policymakers have raised concern that the costs of such a tool would outweigh the benefits.

Borrowing costs of euro zone governments have fallen to record lows since Draghi’s 2012 speech, which leads some observers to doubt the impact of QE in the euro zone because one key QE effect would be to weigh on long-term interest rates.

Draghi acknowledged the different financial structures in the euro zone, Japan and the US, but stressed QE may still have an effect via the currency channel as banks would be expected to shift into assets outside the euro zone.