Connecting Ireland to the world

Ireland’s many core competencies underpin its economic foundations, including its ability to attract FDI and its flare for developing exportable goods, writes Alan Gleeson.

As the US and EU member states continue to apply greater pressure on the Irish Government over our low tax rate, it is imperative that they begin to look at other means of attracting foreign businesses, while encouraging high potential start-ups to remain and invest domestically.

Accessibility to Ireland is of vital strategic importance, yet sometimes it appears we do not treat it as such. We are, after all, an island nation, and hence are heavily reliant on transport on and off the island. Set against a backdrop of rising transport costs, affordability remains a key issue.

However, as I will argue below, there is much still to be done.

The abolition of the air travel tax was a very positive move, with Ryanair claiming at the time of the announcement that they would look to increase traffic at Irish airports by ‘one million passengers within a year’. They went on to add that their move was in ‘direct response’ to the scrapping of the tax. In fact, Ryanair will grow Irish traffic by 1.3 million passengers in 2014, clear evidence, if any was needed, that cost reductions work.

However, more needs to be done to increase competitiveness further. In 2007, passenger numbers for Ireland were over 30 million for the main three airports in Ireland. They dropped to 22.6 million in 2010 and while numbers have been recovering since, they still remain well below the 2007-2008 peaks.

Having recently spent €433 on a return flight to Ireland from London (excluding baggage) for two adults and two toddlers under five, it is clear that prices remain stubbornly high.

It is also clear that the wider implications of costs are significant. Regular commuters will be aware of the growing numbers of passengers working in the UK, while keeping the family home in Ireland.

Similarly, the increased focus on tech entrepreneurship, and the global nature of this sector, means increasing numbers make regular journeys from Ireland to the UK, Europe, the US and beyond.

These groups are particularly sensitive to price rises, and again, the wider implications of cost increases are significant. For example, if a regular commuter (living in Ireland but working overseas) reasons that the cost of travel becomes too prohibitive, the incentive to relocate becomes stronger, and the knock-on effects of such a decision are considerable, ranging from the resultant ‘brain drain’ to loss of taxes to the exchequer, etc.

Similarly, the Irish domestic market is too small for most entrepreneurial businesses in the new tech-led economy to establish an initial product/market fit.

Encouraged by Enterprise Ireland, they travel to the UK in their droves looking to access a wider market on their doorstep. These entrepreneurs make up a growing segment of ‘business travellers’ on these routes, and again if costs rise, may reduce travel to new markets to their detriment.

As a board member with the Irish International Business Network (IIBN) in London, I have worked first-hand with members who are constantly encountering this challenge and struggling to overcome it. They have a business in Ireland, but a growing percentage of their market is overseas and the costs associated with travel are driving them to relocate out of necessity rather than choice.

It is also worth noting that the efficiency of airports in processing passengers plays a part, as anyone who has travelled to Paris from London’s King’s Cross will testify.

On the plus side, Shannon Airport has reported strong growth of 15% in the first six months of 2014, in part due to their new independence.

Dublin Airport has also performed strongly, buoyed in part by the increase in emigrant travel, as well as the aforementioned ‘Ryanair factor’ amongst other reasons.

On the other hand, Cork Airport continues to struggle; hampered by a lack of autonomy, outstanding debts, and an inability to run long-haul flights. However, it is their uncompetitive charges that continue to stifle growth.

As Peter Bellew of Ryanair recently commented: “Shannon Airport has been far more progressive in terms of its pricing and its charges than Cork has. Cork hasn’t responded in the same way as the other airports to the change in the travel tax.”

From a business perspective, trying to encourage airlines to ensure some scheduling meets the needs of those travelling for business would be highly desirable, but is naturally more difficult to achieve in practice.

Revisiting the viability of internal domestic flights would also appear to be worthy of further consideration. Much like the importance of connectivity from Dublin to the rest of the world, having strong internal domestic connections helps ensure the regions do not get left behind.

Having strong internal domestic connections helps ensure the regions do not get left behind.”

On the tourism side, short-haul tourists are spoilt for choice in Europe, and ensuring Ireland is competitive continues to be of vital importance.

While certain factors like exchange rates are outside of Ireland’s control, airport charges and autonomy for Cork Airport are within the control of the Government, and should be acted upon without delay. Courting the larger carriers bringing Asian travellers to Europe also makes sense, however, this needs to be part of a more holistic approach, so that visa requirements are not a problem, and that the service offering caters for different needs.

The increased congestion and charges in/out of Heathrow also presents an opportunity for Dublin. If it is as cheap and easy to fly to New York from Manchester via Dublin (instead of Heathrow) more will chose this option.

The appeal of this option is even stronger given that transfer passengers can clear US immigration on the Irish side. Growing this, traffic is likely to be high on Aer Lingus’ agenda as they look to develop their North American routes further.

There is only so much that can be done. Factors including limited slot capacity, strict EU rules relating to state support and the fact that pricing is set by private companies all impact costs and scheduling.

However, a short-term priority has to be to drive visitor numbers back to the levels seen before the crash, while also ensuring business travellers can continue to commute in a cost effective and timely ‘hassle free’ manner.

Resolving the problems at Cork Airport is also of vital importance, not least to ensure areas outside Dublin are not left behind.

And as the Ryanair example illustrates, reducing charges does work and landing charges represent an area in which we can become more competitive (particularly in Cork). Newly appointed Minister for Transport, Tourism and Sport Paschal Donohoe TD should look to make an early impact here.

Finally, while this article has focused solely on air travel, many of the same arguments play out when looking at freight (be it via sea or air). These industries are particularly vulnerable to external shocks (be they natural disasters, fluctuating fuel costs, FX changes). 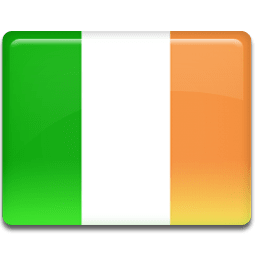 Copyright © 2010 - 2018 InterSearch Ireland Ltd. Developed by Selfmed.pro All Rights Reserved!
X
As the digital economy surges, local firms must not be consigned to history…Business NewsIrish people spent €6bn online this year, but only €1.1bn of that is likely to have found its way into the coffers of local businesses.  …
Business News

Connecting Ireland to the world