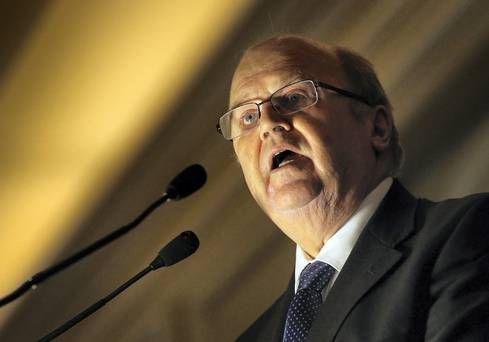 Government TDs are also acutely aware that the USC is becoming a political time bomb.

Backbench TDs in Fine Gael and Labour have increasingly raised their concerns about the need to further reduce the impact of the hated charge ahead of the General Election.

It has been suggested that the Government could use a ‘spring statement’ to outline its intention in relation to the USC in Budget 2016, which will then be unveiled next October.

Government sources have said that while the total abolition of the USC is not possible, given it raises €4.5bn a year, it is determined to reduce the harsh impact of the tax on low and middle-income workers.

According to Government sources, a 1pc rate cut has been estimated to cost about €500m and a 2pc cut would cost almost €1bn.

“Of course, there is a strong desire to lessen the penal impact of the USC, particularly for those above the €17,000 income level,” said one senior Government source.

“A rate cut from 7pc to either 5pc or 6pc, while expensive, would go a long way to addressing the pinch of the USC. We only have one more shot to do something before an election.”

Another option open to the Government is to again increase the entry points at which people start paying USC.

All salaries above €70,000 are levied at 8pc while self-employed people are hit for a further 3pc on the portion of their income above €100,000.

Finance Minister Michael Noonan’s department officials have ruled out any change to taxation policy in April.

They argue that the Government’s taxation figures are based on their impact during a full year and any mid-year change is not on the cards.

Other Government sources have argued that abolishing the USC would simply put the burden back on middle-income earners, who pay for everything,

The argument in favour of the USC is that it has very few exclusions – it is an effective sweeper tax which is favoured by the Department of Finance.

Meanwhile, the Government is bracing itself for a difficult week, where it faces defeat on its water charges legislation in the Seanad.

Health Minister Leo Varadkar has warned senators that if they reject water charges legislation this week people will face higher bills in January rather than reduced bills in April.

The controversial Water Services Bill 2014 is due to be debated in the Dail today and tomorrow before proceeding to the Seanad on Thursday and Friday.

Speaking at Temple Street Children’s Hospital, Mr Varadkar said the concessions and reduced charges announced by the Government needed to be agreed by both Houses of the Oireachtas.

“If the Seanad does reject the Water Services Bill the existing arrangements apply. This would mean higher bills landing in January rather than the reduced bills in April,” he said.

“So I think the Seanad need to think about whether they want to be responsible for that or not,” he said.

For more on this please click:http://www.independent.ie/irish-news/politics/coalition-considers-usc-cut-to-ease-impact-on-workers-30840025.html