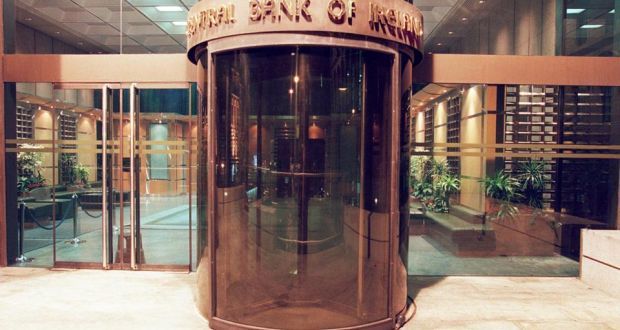 The Central Bank upgraded its growth forecast for Ireland’s economy, but said the Government should maintain a “prudent” fiscal stance in the lead-in to the general election. the bank is projecting a growth rate of 3.7 per cent for 2015.

On the prospect of public pay talks this year before the election due by April 2016, he said the the public finances themselves have improved a lot but were not yet in a position of safety. He said said it would be “quite unfortunate” if competitiveness gains made since the crash were lost .

Asked about Siptu’s push for a 5 per cent pay rise across the economy, the final outcome off any pay process was more important than the initial claim made.

“But I’d restate that we’d want to be very careful that we do not lose the competitiveness gained over the last few years,” Mr Fagan told reporters at Dame Street

“It’s essential to build on and consolidate the achievement that have been made so far in a number of areas,” he said.

“It’s essential to build up the resilience of the economy so it’s in a position to deal with shocks should they emerge.”

Although the headline deficit this year is forecast to drop below the EU threshold of 3 per cent of gross domestic product, Mr Fagan said the Government will be obliged under European rules to take further steps to eliminate the structural deficit. The structural deficit is an estimate of what actual deficit would be if the economy was operating at full capacity.

“So fiscal consolidation is needed. We’re not out of the woods in that sense.”

The Cental Bank estimates that GDP grew by 5.1 per cent in 2014, but said this figure overstates the real underlying strength of the economy for technical reasons.

While attributing the overstatement to the inclusion in Irish export data of contract manufacturing carried out abroad for Irish-registered firms, the bank declined to estimate the extent to which this had boosted growth in 2014.

Its growth forecast for 2015 was conducted on the basis that the export increase seen in the first of 2014 as a result of such activities was a once-off event.

Citing the resumption of growth in consumer spending last year, the bank said it is now projecting that economic output will expand 3.7 per cent on a gross domestic product basis in 2015. This forecast marks an 0.3 percentage improvement on its last estimate, three months ago.

The bank has also forecast a modest growth pick-up in 2016, with the rate of GDP acceleration set to expand by 3.8 per cent. Mr Fagan, who expects the main benefit to Ireland from the new ECB stimulus plan, would be an improvement in general economic conditions in the euro zone, said the forecast had taken account of the likely impact of the quantitative easing programme.

Domestic demand was likely to the main driver of growth in 2015. “An improving labour market, rising real disposable incomes and higher asset prices should all lend support to domestic demand as the economy returns to more normal operating condition,” the forecast said.