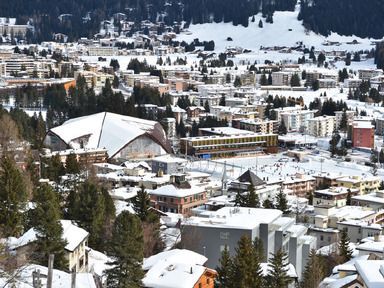 Business leaders gathering today in Davos for the 45th World Economic Forum annual meeting have called for structural reforms to the global economy to encourage growth.

The meeting, which runs from today until Saturday, is being attended by more than 2,500 participants, including Taoiseach Enda Kenny, German Chancellor Angela Merkel, France’s President Francois Hollande, and US Secretary of State John Kerry.

The theme of the meeting is ‘The New Global Context’.

Participants in a session on The New Growth Context were told that monetary policy was not enough to encourage growth.

“Policy makers shouldn’t kid themselves,” said Axel A Weber, chairman, UBS. “They need to deliver policy reforms, not just loose monetary policy.” Weber listed labour market and pension reform as especially important, and cited Germany’s reforms under the Schröder government as an example for the rest of Europe to follow.

“Right now structural reforms are the only game in town,” said IMF deputy managing director, Min Zhu. “We need politicians to act.” Zhu said that worldwide, the whole banking sector is much stronger than a few years ago, but added that “the risks have moved into the shadow banking sector”.

Zhang Xin, Chief executive officer and co-founder, SOHO China, said that China, unlike Europe, is suffering from too much investment and not enough consumption. “How do we grow consumption? We need tax reform,” she said. Although pro-consumption reforms in China are proceeding more slowly than she would like, Xin said “the anticorruption campaign is working very well.”