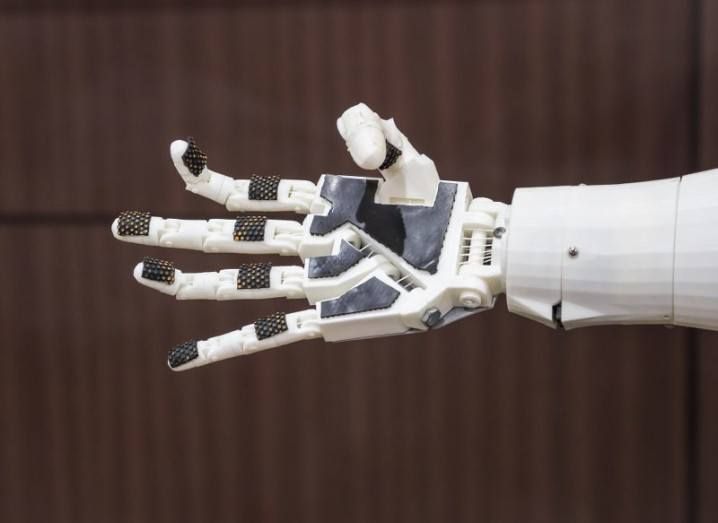 The use of technology in medicine is nothing new, but the way technology has changed and advanced over the past couple of years has impacted healthcare as much as every other industry.

For starters, myriad sensors that can track health and fitness metrics have entered mainstream use, with a swathe of consumer products prompting a wave of interest in our wellbeing and how that can be measured and monitored.

Everything is getting ‘smart’ – that is, internet-connected – even the basic components of the home First Aid kit, like the humble thermometer. You can now get a smart thermometer that can keep track of illnesses and store information to share with medical personnel; or a basal thermometer that sits discreetly in your ear and can let you know via an app when is the best time to conceive.

The Yono basal thermometer and app. Image via Vanessa Xi/Kickstarter

Practitioners themselves can make use of smartphones for mobile monitoring and diagnostics, and that’s driving down costs dramatically.

For example, researchers at Columbia University in New York City developed a small device that plugs into a smartphone’s headphone jack that can reliably test a prick of blood for HIV and syphilis in just 15 minutes.

The equipment typically used to test for HIV costs more than US$18,000 and would require three tests at a total cost of about US$850. The Columbia University device costs US$34 to make and the single test equates to about US$1.44.

If diagnostics keeps getting that simple, that fast and that cheap, we might just do away with GP clinics altogether and get check-ups via our smartphones in the future. And why not? They’re with us all the time, even in times of need, and they don’t need an appointment or waiting time to access.

Say you’re someone who suffers from motion sickness, you could treat yourself on the go with your smartphone – within five to 10 years.

Unfortunately, that treatment – which is currently in development at Imperial College London – doesn’t sound all too pleasant as it involves a (mild) electric shock.

According to this research team, a mild shock to the patient’s scalp dampens the area of the brain responsible for motion, creating a ‘reset button’ of sorts for any ill effects.

Over time and with further development, this could become as common in use as a TENS machine for back and labour pain, and could even be incorporated into mobile phones, delivering the electricity required via an electrode plugged into the headphone jack.

If smartphones already substitute friends and confidantes, and now doctors, we’re just a step away from completely merging with technology and becoming full-on androids, right?

Well, yes, thanks to the medical marvels being developed through bionics.

Bionics is the next evolution of prosthetics, which, for the most part just mimic human forms for an aesthetic benefit. Bionics brings electronics to the mix, which can offer synthetic body parts far more functionality.

Recently, a man in the UK became the first person in the world to receive a bionic eye implant. This man had lost his central vision through age-related macular degeneration (AMD), which is the most common cause of vision loss in adults.

The bionic eye system he received involves an eyeglass-mounted camera that converts footage into signals transmitted to the implant, which then stimulates his retinal cells, allowing him to ‘see’. This is just an early clinical trial, but the results have been encouraging.

As well as new eyes to see you with, my dear, technologists are working on bionic hands that can actually feel.

It’s the same concept as the eye, where electrical signals sent from a bionic hand to the right parts of the brain can simulate near-natural sensations. A Danish man who lost his arm in a firework accident got to try out a bionic arm like this last year, and not only could he feel pressure and judge his own grip on an object, he could even differentiate objects while blindfolded, detecting cotton wool, a block of wood and a plastic cup.

The many medical uses of 3D printers

Thanks to other amazing developments in medtech, it looks like pop culture will be proven wrong and it won’t cost $6m to make a bionic human.

Bionics is fascinating in and of itself, but when you add 3D printing to the mix you get affordable and fast solutions for high-tech prosthetics – just ask Stephen Dignam from eNABLE, who 3D-printed a super-cool hand for 10-year-old Josh McKenna in just eight hours.

Dignam’s creations aren’t electronics, but designs for 3D-printed prosthetics are advancing fast to incorporate electronics and robotic elements. Earlier this year, Joel Gibbard won the UK James Dyson Award for a 3D-printed hand that uses an array of sensors to pick up myoelectric signals from muscle movements, which are then translated to varying degrees of grip.

3D printing is shaking up the medical world even beyond prosthetic and bionic body parts. Because it lowers the cost of production, it speeds up the development of devices such as a prototype mouthpiece that can measure a patient’s vitals, which can be used in hospitals or at home.

A doctor working in Gaza took to 3D printing stethoscopes as the eight-year blockade in the territory caused medical supply shortages, while surgeons in New York City 3D-printed a model of a two-year-old’s heart in order to help them plan a complicated surgery – and it worked. With the aid of this 3D guide, the surgeons were able to repair the infant’s heart in one operation.

The 3D-printed heart surgeons at Morgan Stanley Children’s Hospital in New York City used to help save an infant. Image via ctpost.com

For all their uses, 3D printers might just become standard equipment in a doctor’s surgery, and they don’t have to just print plastic, either. 3D printing can also be used to manufacture pills, which could mean personally calibrated doses, and lower costs of distribution and production.

The US Food and Drug Administration last month approved the world’s first 3D-printed pill and these are expected to reach commercial release by Q1 2016.

Exoskeletons for the elderly

Even though Alphabet (you know, Google) is trying with Calico, there’s as yet no technology that will turn the tide on the medical ailment that impacts us all: age.

So, we can continue to age with dignity – or we can spend our final hours on Earth decked out in an exoskeleton that gives us superhuman abilities.

An artist’s rendering of the AXO-SUIT project’s exoskeleton plans. Image via AXO-SUIT

That’s not technically the aim of researchers at University of Limerick who have secured €250,000 in funding to develop a cutting-edge exoskeleton to assist older people, but it’s how I like to imagine it.

To me, that’s a brighter future than the one envisaged by the World Health Organisation, which predicts that the world’s population aged over 60 will double by 2050.

This is expected to increase the working lifespan for us all and, in that bleak industrial future, we’ll need robotic exoskeletons to support us and to prevent injury.

The trouble is, elderly people with reduced mobility can have difficulty using exoskeletons, and that’s the user-experience issue the team at UL hopes to tackle as part of the Europe-wide AXO-SUIT project.