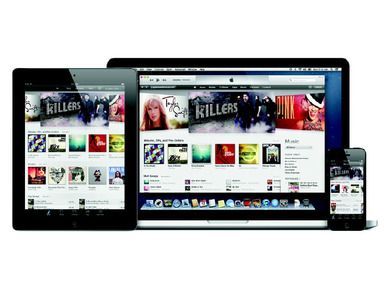 Apple has announced plans to build an €850m data centre in Athenry, Co Galway.The company also said it will spend another €850m on a data centre in Denmark’s central Jutland.

The two centres, which represent Apple’s biggest projects in Europe to date, will operate on 100pc renewable energy and will power the company’s online services, including the iTunes Store, App Store, iMessage, Maps and Siri for customers across Europe.

The centres, which will each measure 166,000 sq m, are expected to begin operations in 2017 and, according to Apple, include designs with additional benefits for their communities.

In Athenry, Apple will recover land previously used for growing and harvesting non-native trees and restore native trees to Derrydonnell Forest. The project will also provide an outdoor education space for local schools, as well as a walking trail for the community.

In Denmark, meanwhile, Apple said it will eliminate the need for additional generators by locating the data centre next to one of the country’s largest electrical substations. The facility is also designed to capture excess heat from equipment inside the facility and conduct it into the district heating system to help warm homes in the neighboring community.

“We are grateful for Apple’s continued success in Europe and proud that our investment supports communities across the continent,” said Tim Cook, Apple’s CEO. “This significant new investment represents Apple’s biggest project in Europe to date. We’re thrilled to be expanding our operations, creating hundreds of local jobs and introducing some of our most advanced green building designs yet.”

The Athenry centre will provide 300 jobs during its multiple phases.

“I am delighted that Apple has chosen to make this major new investment in Ireland. It is a very significant investment in the West of Ireland and is fantastic news for Athenry with significant knock-on benefits for the region,” said Taoiseach Enda Kenny. “Apple has had a major presence in Ireland for many years. As the Government works to secure recovery and see it spread to every part of the country, today’s announcement is another extremely positive step in the right direction.”

“This is an important strategic investment by Apple in a regional location, with significant local economic benefits. Ireland has for several years successfully attracted data centre investments from major corporates, but this latest investment enhances Ireland’s track record in this area further,” said IDA Ireland CEO, Martin Shanahan. “It is particularly noteworthy that the West region and CoGalway in particular, has been chosen as the location for a project with a pan-European dimension.”