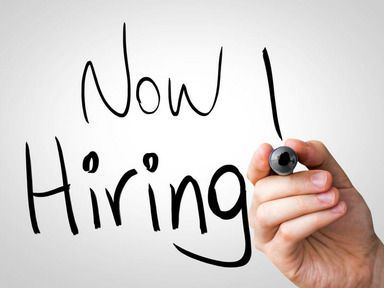 There was a 33pc increase in the overall number of jobs coming onto the market in March 2015 (12,138) compared to March (9,142) last year, according to the latest Morgan McKinley Irish Employment Monitor.

The first quarter of this year, meanwhile, saw a 27pc increase in professional job opportunities compared to Q1 2014.

Job availability was up by 3pc in March 2015 compared to the previous month.

According to the monitor, financial services, HR, multilingual and engineering have seen the greatest uplift nationally. IT, meanwhile, has remained consistently buoyant across both contract and permanent roles.

“In financial services, risk advisory, treasury and business development within the retail banking sector are the most commonly sought after roles currently, reflecting the continued improvement in the financial services and banking market,” said Hyland. “We predict the challenge in the short and medium term is attracting relevant talent; our focus is now on attracting international based professionals either home or from other financial service hubs to Ireland.”

Hyland said the demand for HR professionals nationally has increased steadily, particularly for professionals with an employee engagement and retention skill set.” This reflects the importance companies are placing on career planning, training and general staff retention programmes in order to minimise attrition levels.”

Regarding language skills, he said that so far in 2015 French, Spanish and German remain in high demand, along with Nordic, Finnish and Russian. “These multilingual roles are primarily across the IT, FMCG and financial services sectors and include positions in customer service, technical support, telesales and marketing.

“Generally quarter one has been very positive in terms of hiring activity and is in line with recent CSO figures indicating consecutive growth over the last several quarters. The challenge ahead relates to those sectors and industries where demand is outstripping supply in the Irish market.”