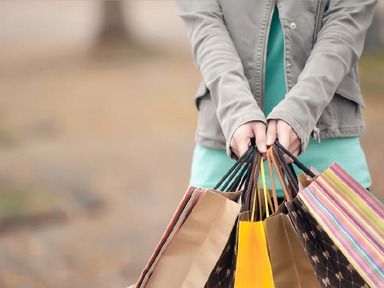 The volume of retail sales in Ireland in December 2014 was up by 0.5pc over the previous month, while there was an increase of 5.1pc in the annual figure, according to the Central Statistics Office.

Excluding motor trades, there was a monthly jump of 1.9pc and a 4.8pc increase in the annual figure.

Retail Excellence Ireland said the figures accord with its own Christmas sales data indicating that while activity and spending levels were up, the numbers were not as strong as had been hoped for.

“Today’s retail sales data again confirm the steady improvement in activity levels witnessed throughout 2014,” said REI deputy chief executive, Seán Murphy. “However the 4.8pc increase in volume when motor trades are excluded, and the only marginal increase of 1.7pc in the value of sales illustrates the deep levels of discounting the retailers had to offer to attract footfall and spend pre-Christmas.

“Consumer behaviour has been changed by the recession with a strong focus on ‘basket splitting’, deals and discounts. We now know the Christmas period commences with Black Friday. The CSO figures underline the fact that for many businesses the spend was simply brought forward and did not stay strong in the run up to Christmas Day.”