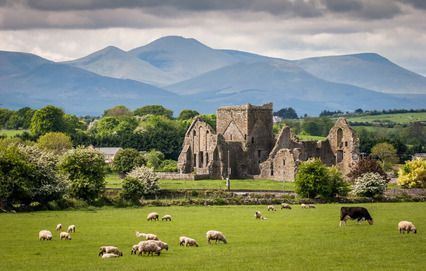 Confidence regarding continued growth in the tourism sector is being boosted by “dramatically improving” overseas markets, increased air access and recent initiatives such as the Wild Atlantic Way, according to Fáilte Ireland’s annual tourism industry review.

“All markets showed healthy growth and with increases in air access facilitating record numbers from the US and a return to increased visitors from Britain and continental Europe.

“The substantial increase in revenue from tourism has ensured that the sector has more than played its part in boosting economic recovery. The 5,000 extra tourism jobs created, together with the extra taxation revenue on spending by visitors, represents a major boost to the Irish economy.

“For 2015 we expect Irish tourism to continue to benefit from further increases in air access, the substantial capital investments made in initiatives such as the Wild Atlantic Way and the increased use of focused marketing both overseas and domestically.”

Failte Ireland is projecting an increase of 6pc in overseas tourists and that thousands more jobs will be created in 2015.

During 2014, visitor numbers grew by an estimated 9pc while foreign earnings are projected to be up 13pc, an increase of around €400m.

Indeed, business sentiment is now virtually a mirror image of the situation back in 2008 with seven out of ten tourism operators now anticipating growth, according to the review.

For more on this please Click:http://www.businessandleadership.com/business/item/48776-2014-a-tremendous-year-for/